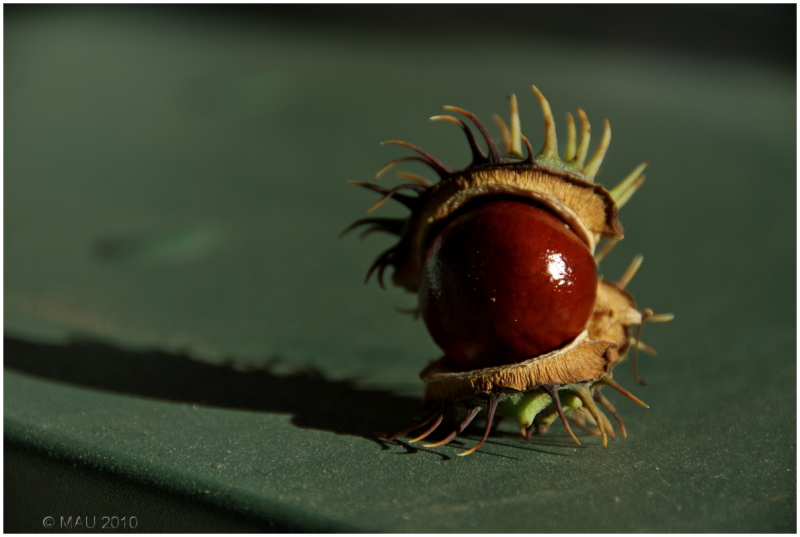 Previous Next
← previous day next day →

Posted by MAU (Zarzalejo, Spain) on 24 March 2017 in Miscellaneous and Portfolio.

"Watch out! It seems to me it is a rubbish photo" - Again, in the title in Spanish I'm playing with words with a double meaning. 'Ojo' is 'Eye', but it can also be used with the 'watch out!' meaning. Same thing happens with 'castaña', in English 'chestnut', which is familiarly used to mean that something is rubbish. So, the literal translation of the Spanish title would be: "Eye! It seems to me it is a chestnut photo". Aside of that, I purposely used 'ojo (eye)' because the chestnut somewhat resembles an eye.

And my father's photos: https://urech.aminus3.com/

Yup, a chestnut tree in the making there !

@Ronnie 2¢: Thanks. Not from this chestnut though, I believe I threw it to the garbage can after taking the shot :-)

Fantastic and fascinating, indeed like a large eye and/or insect :)